Industrie Informatik GmbH is entering into a strategic partnership with SIB Visions, creator of an innovative low code development platform. In this way, the software company is signaling its commitment to the individuality and flexibility of its own products.

Modern manufacturing is extremely dynamic, and this is also reflected in its system landscapes. In order to maintain a competitive edge today, software solutions are needed that can keep up with this pace and secure the path to the Smart Factory. By bringing SIB Visions on board, Industrie Informatik GmbH has now gained a partner who is dedicated to meeting these speed and efficiency challenges with its highly flexible, open low code platform ‘VisionX’.

In the future, new requirements for software systems will be able to be implemented quickly and independently through visual development in ‘VisionX’, without the need for hard programming, thus ensuring a massively shortened Time2Solution. Industrie Informatik CCO Bernd Steinbrenner commented, “With our manufacturing platform ‘cronetworld‘, we have taken the revolutionary approach of an open interface and communication layer, in order to unite all relevant software systems related to production. By now also providing our users with low code technology, we make the necessary integration and customization work faster and more efficient than ever!” Industrie Informatik is convinced of the performance of ‘VisionX’, as even ‘cronetworld’ itself is based on this low code technology.

SIB Visions CEO Roland Hörmann sees a clear leap in efficiency for the users of his software: “Production companies are constantly working to get the maximum value out of their production. Process optimization often represents the decisive advantage here, and this is usually associated with software adaptations. And this is exactly where we pull the lever with our ‘VisionX’.”

The multi-year collaboration between Industrie Informatik and SIB Visions is now culminating in a strategic solution partnership that supports an agile project approach on the customer’s side and thus makes an important contribution to the digital factory of tomorrow. 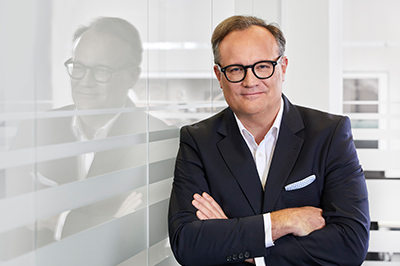 “By now also providing our users with low code technology, we make the necessary integration and customization work faster and more efficient than ever!”

You want to learn more?
We are happy to answer your questions!
Contact us
overview